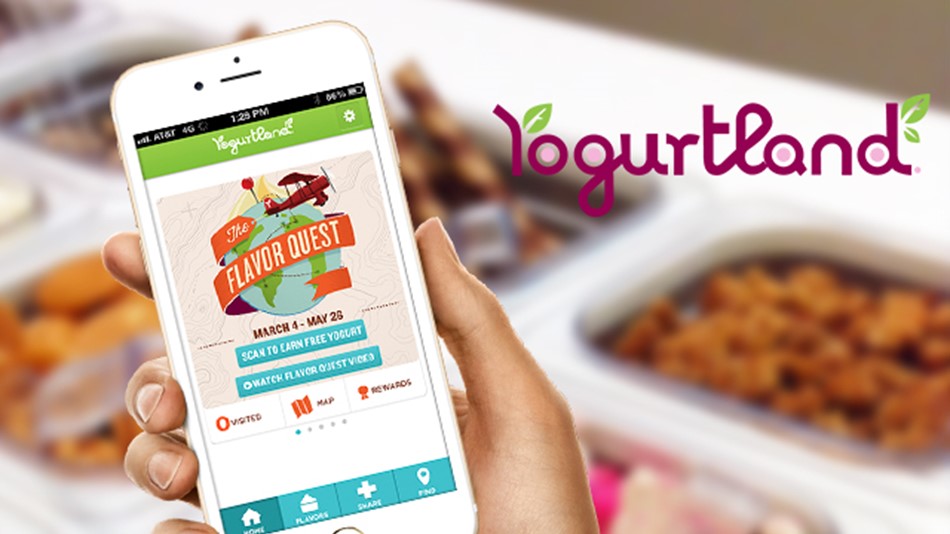 Loyalty Innovation – Yogurtland “Flavor Quest” tripled participation in the international frozen yogurt chain’s Real Rewards loyalty program. Paytronix helped gamify the Yogurtland mobile application to compel more guest participation. With Flavor Quest, guests received a virtual passport that could be stamped every time they visited a Yogurtland location and tried a new exotic flavor. An overwhelming 32 percent of participants came in once a week or more during the promotion.

“It’s easy to be innovative when you have such an innovative software behind the program,” said Maggie Thomas, Research and Development Specialist at Yogurtland. “The product and the team are helping us reach our growth goals – it would be tough to do it without Paytronix.” 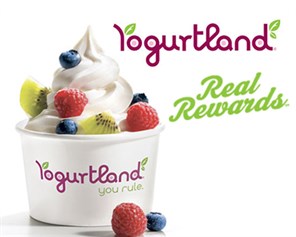 THE ORGANIZATION Yogurtland integrated Paytronix’s loyalty program into its mobile application in September 2013 in an effort to increase downloads and overall usage of the app. Its partnership with Paytronix allowed Yogurtland to increase engagement with guests during promotional periods, such as during its annual springtime Flavor Quest promotion.

Yogurtland is centered on one phrase: “Get real.” The international frozen yogurt chain with over 300 world-wide locations has been in business since 2006 and in that time it has prided itself on serving real flavors, using real ingredients and developing real relationships with every guest.

Yogurtland gained popularity due to its self-serve format, its affordable prices and its diverse range of flavors representing various cultures around the world. Yogurtland strives to offer memorable guest experiences that leave a lasting impact on its customers and encourage repeat visits.

THE CHALLENGE Yogurtland traditionally sees a drop-off in guest activity during the winter months, particularly in late December. It’s important to generate customer momentum in the late winter and early spring, as Yogurtland traditionally sees summer buying patterns established around March. Yogurtland relies on Flavor Quest -- a springtime promotion that encourages guests to try yogurt flavors that represent different regions – to drive its early-year activity, but in spring 2013 the program failed to gain the traction Yogurtland had hoped.

Prior to tying the promotion to its loyalty program, less than 50 percent of Yogurtland’s Flavor Quest offers were redeemed in 2013, meaning customers were not engaged with the promotion. Moreover, reviews of Yogurtland’s initial mobile application were generally unfavorable.

THE SOLUTION Yogurtland implemented Paytronix loyalty in 2013 and began enrolling members into its program. The program was initially launched in a test market that summer, and on September 16, 2013, Yogurtland initiated a chain-wide rollout. On the same day, Yogurtland launched version 2.0 of its mobile application, which was now integrated with Paytronix.

User response was overwhelmingly positive. The average mobile application score jumped from one star to four stars, as guests were pleased with their ability to scan their application at the point of sale to earn and redeem rewards. As of January 2015, more than 500,000 guests have enrolled in Yougrtland’s Real Rewards program.

The application was gamified for Flavor Quest. Yogurtland built a virtual passport that could be stamped every time a guest completed a visit at a Yogurtland location and tried a new exotic flavor. Five visits earned guests five free ounces of yogurt. Yogurtland’s loyalty program is tied to its promotion through the Patronix API, meaning servers don’t have to change their behavior during the promotion. All guests had to do was scan their phones or swipe the cards, and the system did the rest. Ten visits earned 10 free ounces. Each visit entered guests into a sweepstakes to win a trip to Puerto Rico.

Guests must be registered in Yogurtland’s program to participate in the Flavor Quest promotion. Once they launch the application, they must press enter Passport, which prompts them to login or register if they haven’t already done so.

Once in the passport, users see all unvisited locations greyed out. Once they earn a visit for a day, the location they “visited” automatically lights up. Only one piece of the passport may be redeemed per day, regardless of the number of visits in one day. Rewards light up on the user’s screen when they are earned and are greyed out when they are redeemed. The application is extremely user friendly and streamlines the reward-earning process, which is all made possible by our unique rules and wallets technology, our integration to Yogurtland’s MICROS 3700 POS system and our open API.

Paytronix had a significant impact on the Flavor Quest promotion in 2014. Participation tripled year-over-year and a staggering 32 percent of program participants came in once per week or more during the promotion.

Guests were more willing to use the Yogurtland application to earn and redeem awards once it became integrated with Paytronix. Reward redemption rates increased from 50 percent in 2013 to 80 percent in 2014. This success ultimately led to the buying behavioral patterns Yogurtland was looking for as the promotion led to the summer season.

Paytronix helped ensure the success of the program by working side-by-side with Yogurtland’s technology team.

“We absolutely could not have done it without (Paytronix TCs)” said Chris Fangre, R&D manager at Yogurtland. “They are not programmers, but to get in the mind of our programmers was great.”

Today, Yogurtland’s loyalty members contribute to about 20% of its overall checks. That’s well above the 15% minimum needed to see an impact on the company’s top line.