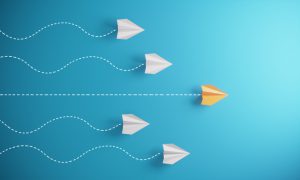 Last week, Fast Casual announced the winners of its annual Top 100 Movers and Shakers award. The list recognizes 75 fast casual restaurants and 25 executives that have cemented themselves as leaders in the industry, and who “aren’t afraid to take risks in order to grow their businesses as well as to propel the fast casual industry.

Thirteen Paytronix customers were recognized this year for their ingenuity, authenticity and embrace of technology. Five of those restaurants were also recognized for their executives, who are leading their brands to great success.

Congratulations to the winners!

For the launch of its new coffee subscription service

For its selection by the U.S. Air Force as part of a global initiative to enhance food quality

For expanding its “clean” food policy to its beverage menu

For its banner year in 2019, which saw the opening of its 100th location

For its devotion and commitment to the communities it serves

For its constant evolution in both technology, including a proprietary POS and arsenal of AI tools

For its calculated approach to growing the brand, including training via Mamouniversity

For its “out-of-the-box, buzzworthy promotions” and LTOs

For its acquisition by Yum Brands

For its continual menu innovation, which strives to meet nearly all dietary needs

For its successful rebranding campaign and growth, attributed to streamlining operations

For its exceptional employee program, which attributes to its low turnover rate and success