As we move into fall, we’re seeing a flattening – and even a small decline – in c-store sales. The timing of this change corresponds to those changes in the restaurant industry.

That said, hope remains ahead, as the Federal Reserve Beige Book for September notes that while spending remains below pre-pandemic levels, “Consumer spending continued to pick up, sparked by strong vehicle sales and some improvements in tourism and retail sectors.” 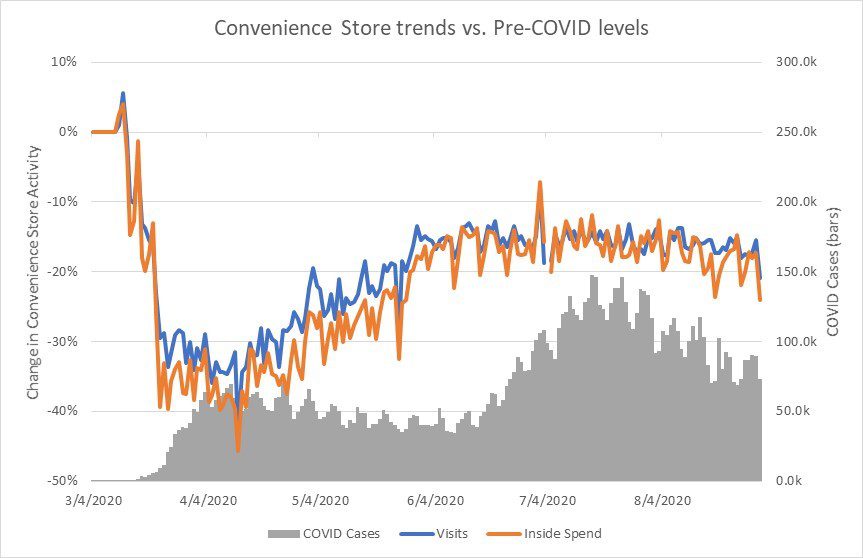