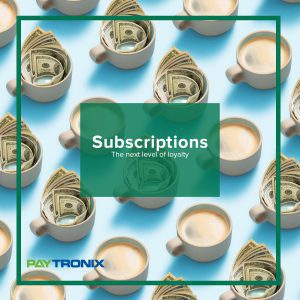 Given the potentially meaningful return on investment you can see with subscription programs, it makes sense to want to jump in with gusto. But what exactly does that entail?

As we’ve covered in a previous blog post, there are several different models when it comes to subscription-based services, but those are only starting points. Like loyalty programs, subscriptions are completely customizable based on your restaurant or c-stores and its customers.

Whether launching a subscription program for the first time or freshening up an existing one, here are some ideas that can set you apart from the competition:

Playing around with different ideas like these can help to refine what your subscription offers to customers, and as long as you’re tracking the results, you can get insight into what works best over time.

Want to learn more about subscriptions? Download our ebook, Subscriptions: The Next Level of Loyalty, for insights on why subscriptions drive loyalty and enhance differentiation, and how you can get started by launching your own program—with technology tools that make it easy.

No comments on “Steal These Subscription Ideas”