In 2001, we set out to build a company that would create great guest experiences for restaurants. By developing a set of solutions at the intersection of payment, convenience, and loyalty, we have accomplished just that.  We have many first-to-market innovations which include NFC Loyalty, one-to-one promotions, text-to-enroll, and pay-by-mobile.

Based on our experience with more than 400 brands, we recognized an opportunity to drive sales using customer data in not only on-premise interactions, but off-premise ones as well.  Our customers have been urging us to provide an ordering solution that leverages Paytronix’s AI-driven guest intelligence.

Today, we are thrilled to announce the acquisition of Open Dining, the online ordering startup designed for the SMB market. Founded in 2009 by software engineer Tim Ridgely, this feature-rich product now serves more than 1,500 locations and is drawing raves from clients, resellers, and POS providers alike.

END_OF_DOCUMENT_TOKEN_TO_BE_REPLACED 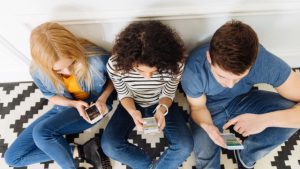 Convenience stores have been an American staple for close to 100 years, serving an important function for the average consumer. But with technology changing so rapidly and major retailers like Amazon making moves that threaten the market, will c-stores continue to be relevant to the next generation?

It’s necessary to answer this question because Gen Z (the next generation with purchasing power) constitutes nearly 27% of the entire U.S. population and is on track to be the largest generation of consumers. However, its shopping habits are substantially different from other groups. If convenience stores can’t capture the interest of this generation now, they’ll struggle to stay relevant … and stay in business.

END_OF_DOCUMENT_TOKEN_TO_BE_REPLACED

With burger joints eager to stay current and appeal to varying tastes, guests are seeing a full range of innovative menu items. Some of these offerings contain no meat at all, some feature new ingredients like CBD, and others are being called something other than burgers. As the summer grilling season heats up, let’s explore how three restaurant chains are improving their marketing strategy and reaching new customers by introducing a fresh take on a classic meal.

Burger King, one of the largest burger chains in America, recently announced that all of its locations will be offering the Impossible Whopper by the end of 2019. The name is inspired by the burger’s supplier, Impossible Foods, which is a leading provider of plant-based substitutes for meat. The burger looks and tastes just like the real thing, and stores carrying the Impossible Whopper have seen an increase in foot traffic. Meanwhile, independent and smaller restaurants are experiencing similar demand for plant-based alternatives, but Impossible Foods doesn’t have the supply to meet the needs of large chains and small chains alike. This situation has given rise to direct competitors like Beyond Meat, which is starting to gain much more recognition in the market after reaching agreements with Hooters and Tim Hortons.

END_OF_DOCUMENT_TOKEN_TO_BE_REPLACED 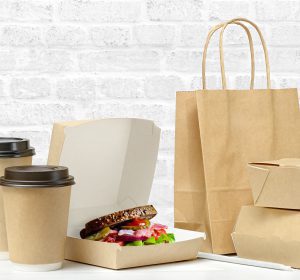 Delivery has become a hot trend throughout most consumer industries. Amazon Prime Now is delivering more food and other essentials to customers across the country, Starbucks is flirting with delivery, McDonald’s is partnering with Uber Eats, and even 7-Eleven has begun beer delivery in some states.

Given these developments, should convenience stores begin offering delivery? And if so, how should they do it?

It’s no secret that consumer demand is driving the push for delivery. In fact, 52% of millennials would buy from c-stores more frequently if delivery options were offered. And as the generations preceding millennials continue to age, they’ll rely more on delivery as well.

The increased competition comes from both inside the industry – with mega-chain 7-Eleven exploring its options – and outside the industry – with behemoth Amazon moving into the traditional c-store space. Convenience stores may be facing an “adapt or die” proposition, and there are a number of issues that should be addressed before delivery is offered.

First, c-stores need to decide whether to build their own delivery infrastructure or rely on third-party delivery companies like Uber Eats and GrubHub. END_OF_DOCUMENT_TOKEN_TO_BE_REPLACED