When it comes to New Year’s Eve, the wine aisle is the place to be in C-Stores.

As the clock ticked down on 2019, we found that people turned to their C-stores for alcohol to fuel the night. By examining a sampling of sales at 100 C-stores across the Midwest, we saw a significant spike in alcohol sales overall, but wine represented a nearly 400% in revenue over a comparable day. Beer and liquor did well, with a 200% increase, but that’s half of the revenue from wine.

Most other purchases stayed relatively in line with normal levels, so we’re not seeing any immediate change in spending that would indicate that people are sticking to their New Year’s resolutions.

But all that wine they’re buying on New Year’s you’d expect a run on coffee the next morning. Alas, it didn’t happen. It turns out that most people seem to be sleeping in and skipping their morning c-store run. You can see in the graph that traffic just disappears for the morning, and gets back to normal levels later in the day. 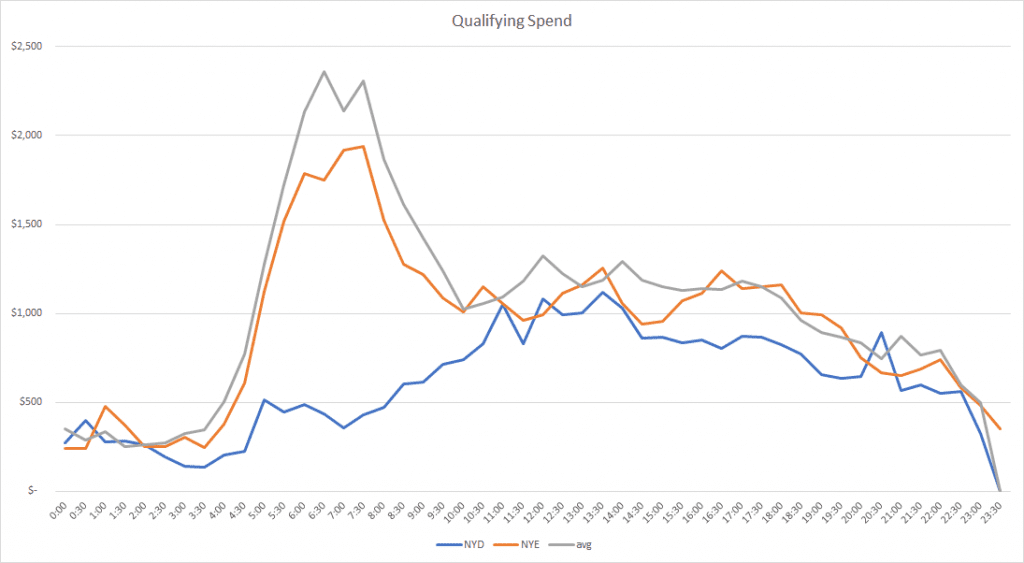 No comments on “For New Year’s Eve, convenience store customers celebrate with wine”