Convenience Store News recently named Family Express Founder, President, and CEO Gus Olympidis as its 2020 Technology Leader of the Year. Family Express is a long-time Paytronix client and Olympidis recently spoke at PXUX 2020 about his experience with the platform. Afterward, we sat down with him to discuss how Family Express approaches technology and uses it to maintain a leadership position in the market.

What do c-store and retail executives handling innovation need to keep in mind as they evaluate new technologies? 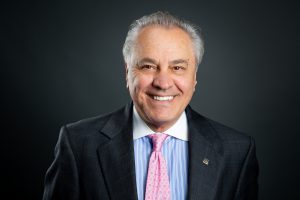 The most significant attribute of Paytronix Systems is its absolute cultural inclination to operate within an ecosystem as opposed to a silo. This makes Paytronix, culturally, an entity that has a comfort level networking with other technology solutions. There are multiple loyalty solutions out there that operate in a silo and I think these technology solutions are perishable. I have a hard time envisioning a forward-thinking, state-of-the-art technology solution that is not ecosystem friendly.

What role is the consumer playing in this technological change? Are they consuming it or shaping it?

The consumer is becoming acclimated to holistic technological environments. Anything in terms of connectivity above and beyond what is necessary is seen as friction. So clearly, the goal is to eliminate as much friction as possible and the reason for that is not particularly complicated. The consumer is carrying their experience with technology from one retailer to the other. If one retailer is able to execute using less friction, then it’s very difficult for the consumer to understand why friction cannot be eliminated on another platform.

Of the known players sort of writing the book, Starbucks is doing a phenomenal job. Amazon has paved the way: you no longer have to actually move your purchase into the basket, you just click it and you’ve bought it. You can go from Panera Bread to Domino’s Pizza, as brands that are intensely and strategically removing friction from their guest experience.

With the pandemic reshaping c-stores and all retailers, which of those changes do you believe will be temporary and which will be permanent?

We have experienced a heightened level of sensitivity to touch. Touch of any kind causes apprehension for some consumers. Interestingly, eliminating friction also eliminates touch. So a progressive marketer can get two birds with one stone by eliminating friction.

You do this by developing advanced technological solutions that are geared toward eliminating friction so fundamentally that it’s in that technology’s DNA.

For example: we are unveiling our beefed-up coffee initiative using Franke Technology in which we are going to be delivering 24 flavors of gourmet coffees – 12 hot, 12 iced – through a touch-screen interface. The consumer will only have to touch the screen twice in order to get their drink. I can tell you that in a variety of applications I’ve seen in the marketplace, the consumer has to touch the screen 4 or 5 times.

Are there app-based smartphone solutions that can eliminate touch entirely?

We have partnered with NCR to convert all Family Express fuel dispensers to smart pumps using NCR Optic, which will have tap and scan capabilities. In this particular instance, payment can be facilitated without touching anything. You don’t insert the card and you don’t have to engage with the keypad.

What are the key elements of technology that a company should have in place to meet these new challenges (such as curbside pickup, contactless shopping, etc.)?

The most critical component is the ability of the solution to morph, change, and adjust as the reality of the market changes.

Paytronix, as an example, has a heightened level of interest for continued development in its DNA. This starts from the top and it becomes a strategic objective which fertilizes the prosperity and the survival of the solution. 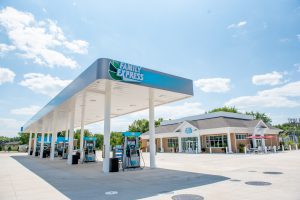 NCR is also a positive example of a system that is designed to evolve. As we’re rolling out Optic there is very little doubt in our minds that our application today will look measurably different than our application two years from now. What we’re buying with the solution is the ability to evolve, because even though we may not know how the market will change, we certainly know it will not remain static.

A primary focus for the Optic deployment is connectivity with Paytronix. You want to have loyalty at the pump and you want to be integrated with the POS, but beyond that we’re focusing on grab-and-go technology with limited friction.

For example: you can order from our food offering at the pump while you’re fueling, and you can pay for it at the pump in the context of the same transaction that includes the fueling. This is pretty revolutionary; this hasn’t happened until just now. Before, you had to go in and initiate another transaction.

So how would this evolve? Let’s say with the initial deployment of Optic, you order a pizza and you pay for it at the pump. In the future you might have an option of us bringing it to you, perhaps bringing it to you and charging something for it. The product has flexibility built into its DNA.

What is coming next for Family Express in regards to your tech stack? Are there tools that haven’t been built that you’d like to see in the near future?

That’s like telling a 9-year-old that they can have anything in the toy store, but they have to list their top items!

The forward-thinking response is that of course there will be things you would like to do because you can think of them, but what’s out there that you should be looking for that you haven’t even thought of yet? 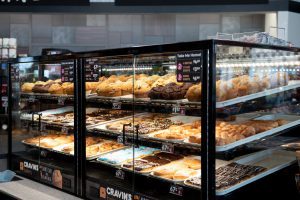 As an example, Family Express’s brand new bakery was being deployed during the beginning of the pandemic, and upon deployment, it became irrelevant because the open bakery case concept didn’t make sense in a COVID environment. That brought about a radical realignment into a packaged-good bakery that is turning out to be a remarkably more fruitful and efficient than the previous solution.

We could never have imagined our bakery focusing on packaged goods before COVID because we were not smart enough to figure it out. This is an instance of tech implementation being unimagined and being forced on us by necessity.

Historically the tech has evolved around fixing a problem. Very often the fix of the problem is predicated on our understanding of the previous solution. But we may be fixing a problem that doesn’t need to be fixed.