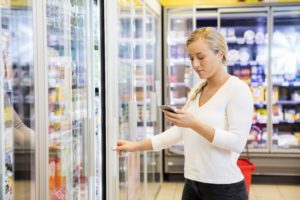 When Amazon came onto the scene several years ago, other online retailers were worried. Then, as they expanded, brick and mortar retailers became worried.

And now, with the unveiling of Amazon’s PrimeNow and AmazonGo initiatives, conveniences stores are getting worried. And should they be? Absolutely. But is there still a way to beat Amazon at its game? You bet.

If you’re not familiar with PrimeNow and AmazonGo, here’s a quick rundown. PrimeNow is Amazon’s online marketplace for daily basics, offering delivery of select items within a two-hour window. It’s mostly in bigger cities right now, but Amazon has plans to roll it out much more widely.

For convenience stores especially, both of these new concepts present some serious competition. But, as we’ll see in this post, Amazon can be beat.

The key to winning against Amazon comes down to two things: Understanding what Amazon does well, and then putting those same tactics to work for you.

So what does Amazon do well?

If you’re an Amazon shopper, you may have even noticed that Amazon seems to know what you want before you start shopping for it. The retail giant has become the hands-down expert at collecting data and using it to tailor each individual guest’s experience.

Amazon knows WHEN customers want it.

Not only can Amazon use data to anticipate when customers are going to make an order (or will need to make an order, in the case of household supplies or toiletries), but PrimeNow also allows the site to deliver many items exactly when consumers need them.

Amazon knows how to CLOSE THE DEAL.

Amazon’s one-click ordering has made for an unprecedented ease of shopping and helps them “make the sale” every day.

Now, its AmazonGo stores add a whole new level to the idea of “friction-less” selling, allowing people to make their purchases without any interruptions at all.

Now, at first this list can look discouraging to convenience store owners. How can you compete with these techniques and Amazon’s billion-dollar tech budget?

Well, the good news is that you don’t have to. The truth is that you can use tech that’s available to you right now to compete with these same “what,” “when,” and “close the deal” tactics and use them to win the battle against Amazon—and even increase your sales and customer loyalty.

In our free, on-demand webinar, “The Amazon Effect: How to Compete in a New World of Convenience,” we break down the exact steps you can take to make Amazon’s areas of expertise your own expertise. Even better? It’s all much easier than you think.

Click here to get immediate access to this free webinar—and find out how to use Amazon’s tactics for your own success.

No comments on “Worried About Amazon? Here’s How to Beat Them”