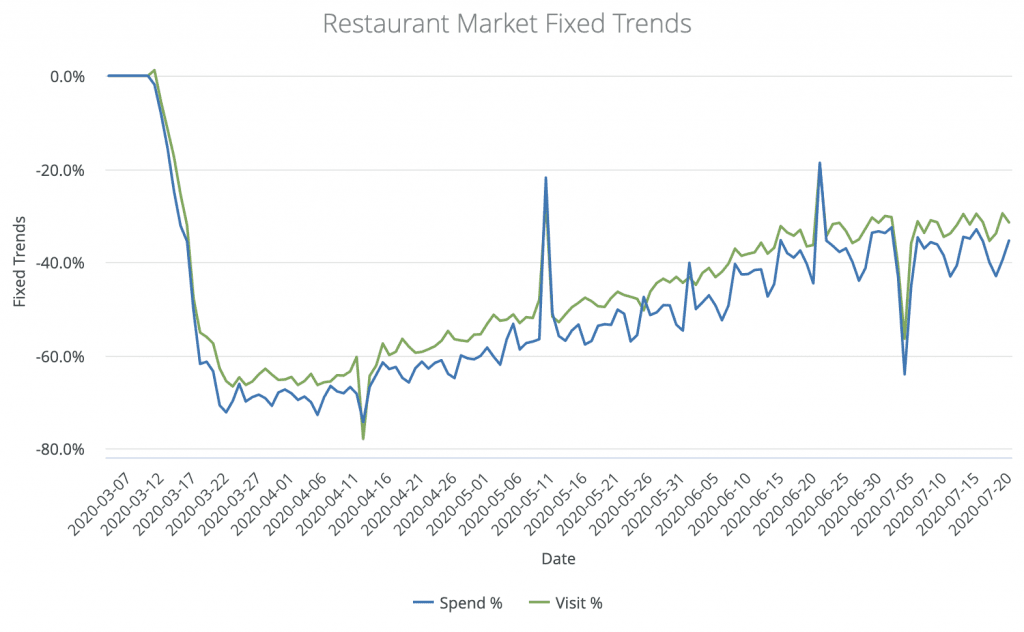 Meanwhile, c-stores have seen in-store spend return to pre-Covid levels since the summer season began, just after Memorial Day. Overall visits and fuel sales have stagnated at about 87% of their pre-Covid levels, suggesting that those who are still frequenting the stores are spending more than usual – perhaps stocking up on essentials to put off a trip to the grocery store.

No comments on “New Covid hotspots stagnate growth, but bring no new losses”