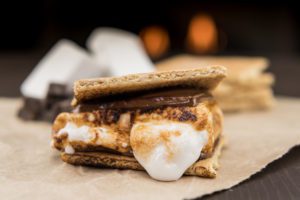 Before HuHot found Paytronix scoring, the marketing team would segment guests based upon how many visits a person had made in the past year. That old approach wasn’t perfect, as guests may have visited several times in a short period and then dropped off, so a lapsed guest could look like a frequent visitor. And a guest who may have only visited three times all year would likely be seen as a low-frequency guest, without the context to know all three of those visits took place within the past month.

“The success we’ve had with scoring proved the value of Paytronix predictive analytics, so we’ve learned to really trust the data,” said Monica Minford, digital marketing director at HuHot Mongolian Grill. “Using Paytronix scoring and predictive analytics, we get a bigger and more informed picture of everything. We’re more accurately identifying which guests have lapsed, and can act on that with a customized offer to draw them back in for a meal.”

One big takeaway from HuHot’s use of scoring is that franchisees are a lot more comfortable with the offers sent out with Paytronix. Franchisees had concerns about marketing and loyalty, with worries of discounting people that would come into their restaurants anyway. Paytronix scoring and segmentation quickly won over Franchisees, who saw that loyalty promotions were only reaching guests that weren’t likely to visit.

As National S’mores Day approached (August 10th each year), HuHot marketing sought to leverage their popular Sweet Victory S’mores with an offer to guests. The excitement of the big day brought an opportunity to leverage the occasion, but marketing was cautious due to a concern of creating more demand than they could redeem. Each restaurant can only produce a limited number of S’mores at a time due to the finite resources of the custom S’mores equipment and trays.

HuHot used Paytronix Scoring to focus a campaign that would reach only its least frequent loyalty guests, shifting levers to narrow the group to a size HuHot was comfortable sending its offer to. Paytronix predictive analytics scored and segmented out a target group of guests identified as ‘unlikey’ or ’very unlikely’ to visit. Offers were sent two days before National S’mores Day, with target and control, giving these infrequent and lapsed guests a free tray of S’mores with purchase of a HuHot grill meal. A notification was sent to all other members simply informing them that HuHot was serving S’mores, and to come join the party on National S’mores Day.

The quick campaign was effective – drawing in 237 guests to redeem their free S’mores and re-establishing a connection with the HuHot brand. These were all incremental visits from lapsed and low-frequency guests and were not cannibalizing sales from guests who were likely to have come in and bought S’mores or a meal. HuHot even realized a change in spend of $4500 from those 237 guests, for a dramatic increase above the control group.

“Our Franchisees felt good about the campaign,” said Minford of HuHot Mongolian Grill. “The Paytronix scoring tool helped us reach only a set number of the least likely guests to visit, so we drove the right blend of just enough redemptions.”

Black Friday is traditionally a big time for not only shopping, but for restaurants serving those who venture out on the busiest shopping day of the year. HuHot launched a simple BOGO campaign, offering a significant value to customers who broke away from their hectic shopping day to visit the restaurant. However, this campaign fell right on the heels of another offer that had just concluded, so HuHot did not want to give a free meal to members who had just redeemed the prior offer.

“Paytronix made our campaign easy. We just sent the new BOGO offer to the control group that we’d excluded from our previous promotion, ensuring no guest would receive both offers,” said Minford. “HuHot’s Black Friday BOGO was a huge success, driving more than 2000 incremental visits during the three days the offer was valid.”