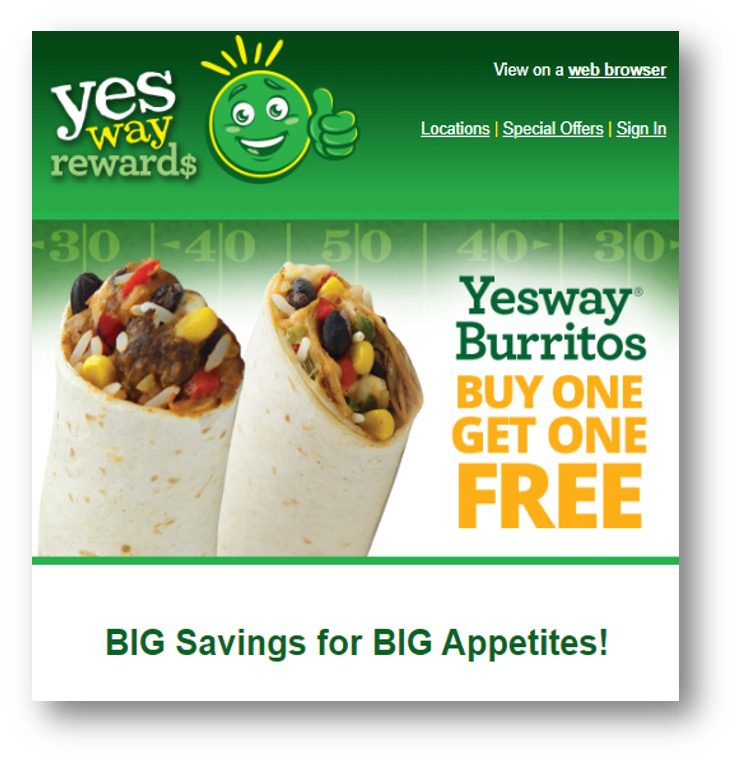 The Convenient Connections Summer Series is a five-part blog that explores successful loyalty campaigns that convenience stores can use to drive user engagement, win back customers, successfully segment customer groups, and ultimately drive incremental revenue. Look for the Summer Series throughout the month of August.

Getting a campaign off the ground is just the start. Once a brand has secured a solid loyalty base with a penetration rate of at least 15%, our minimum benchmark for successful programs, the program can be leveraged to drive various desirable behaviors – from more frequent visits to greater spend. The program can even be manipulated to drive members to purchase specific items.

Basket-building campaigns do just that: they are designed to build the consumer’s basket, either by encouraging them to purchase more, or in this case, to purchase a specific item. These campaigns work best when they target very active customers who not only visit regularly, but who have provided lots of data to the brand about their spending habits via the loyalty program.

There are several ways to go about this, but each relies on check-level detail, or CLD, being collected for each loyalty member. This data – which shows not just how much the customer spent and when, but on what – is invaluable to the marketer trying to boost a specific product’s sales.

Yesway: Building on the burrito for the long term

Take Yesway as an example. A Paytronix client, Yesway wanted to boost sales of their proprietary burritos: a high-margin fresh food offering that customers can get only at Yesway. To do this, Yesway segmented its loyalty users into groups: those who had purchased burritos in a specified time period, and those who had not.

To measure the effectiveness of their upcoming campaign, Yesway then broke those non-burrito-buying customers into two sub-groups: a test and a control.

At launch, each member in the test group received an offer to buy one Yesway burrito, get a second one free. Not only was this a valuable giveaway, but the Buy One Get One (BOGO) encouraged even more customers to try the burrito, perhaps by sharing the freebie with a friend.

As expected, Yesway saw a sizable lift in both the number of accounts buying burritos and in number of burritos sold. While this result was positive, the real, sustainable value came in the post-period results.

After the BOGO offer ended, Yesway continued to track and compare the burrito sales of the test and control groups and found that there was still a lift in the number of accounts buying burritos and the total number of burritos sold, indicating that the targeted campaign had changed consumer behavior in the long run, even without an offer.

Yesway’s experience isn’t unique. Paytronix data shows that frequently, this type of campaign results in sustained lift well after the campaign period – and significant lift at that. On average, the number of customers buying the promoted item increases by 50-100% during the campaign, and remains 25-50% higher than the control group after the offer expires.

The results for the item sales themselves are usually even better. The item itself – in the example, the burrito – typically sees a 75-150% lift in sales during the campaign with a sustained lift of 25-75% afterward.

When offered to the appropriate customers, targeted campaigns can bring big results and ultimately influence customers’ behavior in the long run.