Pull up a chair and hear what some of the top trailblazers in the industry are thinking. New episodes will be available quarterly. You’re certain to come away with a new perspective and fresh ideas to future-proof your brand.

You won't want to miss it!

Arjun Sen, CEO, has led the ZenMango team to make big impacts on major restaurant, service, retail, non-profit and sports brands worldwide, both in the B2C and B2B2C space. He is a former Fortune 500 executive. At Papa John’s, he led the 3,000-restaurant chain to four years of record growth. He is an acclaimed Brand Whisperer and one of the top growth drivers in the Brand and Customer Experience space.

Blaine Hurst, former President and CEO of Panera Bread, called him “one of the most marketing-intelligent minds in the business today.” He is a celebrated author and highly sought-after international keynote speaker. His groundbreaking podcast series Secrets to Win Big® has a rapidly growing global following. 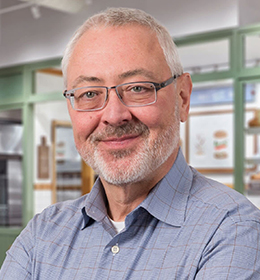 Blaine Hurst, recently retired CEO of Panera Bread, a four-time Fast Casual Mover and Shaker, is one of the highest impact restaurant leaders of recent times, leading two of the largest restaurants in the U.S.

As CEO of Panera, he led the team that revolutionized guest experience through technology – Panera 2.0 – rolling out MyPanera, the largest loyalty program in the industry, as well as online ordering, rapid pickup, and delivery from 2010 to 2015.  He also grew Panera’s catering business to be the largest in the nation.

As President of Papa John’s in the 1990s, he oversaw its rapid growth from 450 stores to nearly 3,000 in the U.S. and nine international markets. And in 1998, he rolled out the first online ordering system available nationwide for any restaurant chain which today generates more than $1 billion in annual revenue.

Blaine was a partner with Ernst & Young and founded one of their two research centers, the Center for Information Technology Planning and Development.

Today Blaine is the Vice Chairman of Panera Bread, a board member of Women in Foodservice Forum, a board member of Oath Pizza and an investor/advisor for the Shepherd Hotel, a hotel project in Clemson, SC that has partnered with ClemsonLIFE in the employment of individuals with special gifts. Blaine’s son David, a special gifts young man of 32, inspires much of his work today. 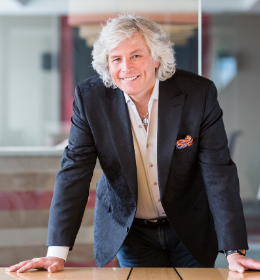 Who is Tom Ryan? You may not have heard of him, but odds are you DO know him, or rather his work. If you’ve ever had a Stuffed Crust Pizza, a McGriddle, a Shaker Salad  or any other number of restaurant items, you’ve tasted his work.  To answer the question, Tom Ryan is not your typical restaurateur. He’s not a chef, didn’t study Restaurant Management and in fact, never expected to find himself in the restaurant business. By training, he’s a food scientist - earning degrees in flavor and fragrance chemistry from Michigan State University. During his Doctoral studies he became intrigued by marketing and consumer research which set him on the path of a lifetime.

Taking positions at P&G and Pillsbury, Ryan recognized the force of combining his technical knowledge with consumer insights. He spent hours chasing and evaluating restaurant trends, searching for the next big idea to bring to grocery store shelves. Along the way, he fell in love with restaurants, menu innovation and the creativity emerging in the restaurant landscape.

Ryan joined Pizza Hut in the late ‘80s, creating products such as The Lover’s Line, Breadsticks, Chicken Wings, Sicilian Pizza and Stuffed Crust Pizza.  In the ‘90s he joined McDonald’s, bringing more products to the market place and around the world - McFlurries, The Dollar Menu and McGriddles, just to name a few.  Searching for new challenges Ryan moved on to Colorado. He joined the Quiznos team and brought record setting sandwiches to the marketplace while planning his next move.

In 2007 Smashburger was born, a new concept Ryan and his partners designed to focus on the next generation of burger consumers. It became an industry icon for quality, growth and business acumen and was twice named by Forbes as “America’s Most Promising Company.” Smashburger has won countless awards for best burgers and earned Ryan a spot on Gourmet Magazine’s, “Top 25 Food Entrepreneurs of the Last 25 Years” list. In 2018 Smashburger was acquired by Jollibee Foods Corporation, a Manilla based restaurant powerhouse.

In 2012, Tom’s Urban - a full service, urban concept designed to provide great multi-ethnic food, craft beers and cocktails was opened by Ryan and partners.  This namesake concept opened its second site in Los Angeles at LA Live in 2014. Later that year, they opened on the Las Vegas Strip followed by three more Tom’s across the country. Currently Tom’s Urban is reconcepting to Tom’s Watch Bar, a premium viewing sports experience.

Today Tom holds the title of Global Taste Advisor to Jollibee Foods Corporation, focusing on optimizing concept and menu elements. He also contributes strategic and growth based support to his namesake, Tom’s Watch Bar Concept. When not focusing on his other work, Ryan spends his time thinking about his next monumental menu idea you may never ever know he created. 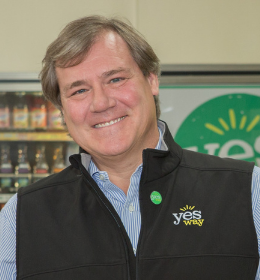 Prior to founding Brookwood and Yesway, Tom was a senior executive with Winthrop Securities Co., Inc., a wholly owned subsidiary of Winthrop Financial Associates, a Boston-based real estate investment and management firm.  Before Winthrop, Tom was a Vice President at The Boston Company Real Estate Counsel, Inc., one of the first real estate investment advisors to large public and private tax-exempt pension plan sponsors in the United States.

Tom currently serves as an Advisory Committee member of the Massachusetts Campaign for Children, a non-profit statewide child advocacy organization, a Director of the Princeton Association of New England, a Director of the Foundation for Excellence in Higher Education, a member of the Advisory Council for the James Madison Society at Princeton University, and a member of the Urban Land Institute.  Tom is a graduate of Princeton University and received a Master of Management degree from the Kellogg School of Management at Northwestern University.  In 2004, Tom completed the Oxford Strategic Leadership Programme at the University of Oxford’s Saïd Business School.  Tom was recently named a “CSP 2020 Power 20 Deal Maker” 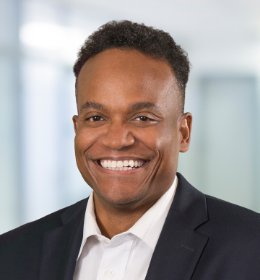 Derek Gaskins’ primary responsibility as Chief Marketing Officer at Yesway is to direct all marketing, merchandising and procurement efforts for the Yesway brand, as well as to develop relationships with Yesway’s supplier vendors.

He leads the efforts to establish a marketing and merchandising playbook to improve the organizations go to market strategic plan.  He also helps to further cultivate the growth and stewardship of the fast growing Yesway brand with a keen focus on ensuring the organizations social, mobile, and loyalty initiatives are best in class. 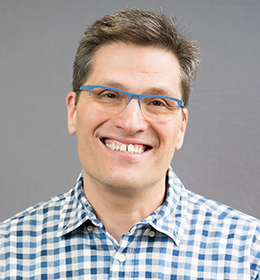 Andrew Robbins is the president and co-founder of Paytronix Systems, a SaaS company that specializes in helping brands deliver exceptional guest experiences through digital interactions – online ordering, loyalty, gift, mobile payment, apps, messaging, and more.  Andrew’s forward-thinking approach to product development has helped the company secure its leadership role in the industry. Paytronix has been the first to market with several innovations, including Apple Pay with NFC Loyalty – one tap payment and loyalty ID – and most recently Paytronix Subscriptions.

A rocket scientist with an astute business acumen, Andrew’s experience spans previous roles at Caradon Doors and Windows, GE, and Sparkventures, LLC, his own venture capital firm that specialized in software technology.  He earned a B.S. in mechanical engineering from Princeton University, and an M.S. in mechanical engineering from MIT as well as an MBA from the Harvard Business School. Today the Paytronix client list includes Panera Bread, Peet’s Coffee, Caribou Coffee, Bloomin’ Brands, California Pizza Kitchen, and more than 400 others.

Listen in on this exclusive 40-minute conversation between two industry masters. Hosted by restaurant insider, Arjun Sen, who will guide this latest conversation between Blaine Hurst, former CEO Panera Bread and Andrew Robbins, CEO Paytronix. The two will share learnings from their 12-year professional relationship, dive into current events, and reveal their thoughts on the future of the industry.

How will the industry look three years from now ― and what can you do today to ensure your future success?

The three will swap insider stories about the challenges of sustaining innovation, the need to balance youth and experience on teams, what it means to deeply listen to your customers, and how to avoid getting distracted by the wrong segment of your customer base.