Since the COVID crisis hit back in March we on the data team at Paytronix have been tracking the restaurant recovery. After an initial crash that’s been well documented, we saw a relatively consistent level of growth of about 0.4% per day starting in late March and extending right into June. This was the time that restaurants adjusted to the crisis, shifting their business models away from on-premise and over to takeout and delivery.

Around mid-June, however, something changed and the market simply flatlined for the next 30 days.

END_OF_DOCUMENT_TOKEN_TO_BE_REPLACED

As the COVID-19 crisis gripped the restaurant industry, a call went out for people to purchase gift cards to help keep restaurants afloat. The hope was that an increase in gift card sales would sustain restaurants while they converted to a future dominated by online ordering, takeout, and delivery.

The media ran with the story and restaurants nationwide sent out pleas to their customer base to help with a gift card or egift purchase.

An analysis of restaurant gift card sales in early 2020 reveals that the marketing effort worked but ultimately achieved mixed results. Overall, sales dropped during the pandemic, but that drop was much less severe than we saw in overall restaurant sales during that same period.

Around the same time we saw an increase in overall load amount on the cards purchased, with most of that increase happening in Casual and Fast Casual brands. This suggests that yes, the effort did manage to keep things from getting worse and provided restaurants with a much-needed kick. However, the actual impact on business is much more difficult to discern.

Gift card loads tend to hover around the $30 range for the industry as a whole, but in March we saw that number spike as high as $60, then settle in at about $15 higher than normal, eventually falling well below the normal benchmark. 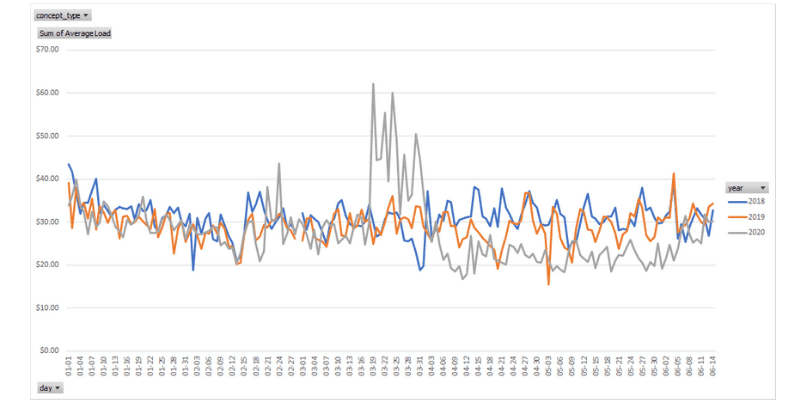 Markets with the biggest impact

When we look closer, things vary through the industry. Fine Dining, for example, saw little movement in the average price of a gift card when compared year over year, while both Fast Casual and Casual Dining brands increases of between $10 and $30 on their average gift card sales. All that said, much of that lift was gone as we entered Q2.

It’s also worth noting that included in the “gift cards” category are recurring loads for things like app-based purchases. Your coffee app may ask for your credit card, but you are effectively buying a gift card when you reload, then spending that money over time.

Moving forward, however, we see that gift card sales remain well below last year’s levels as we head into Q2, with traditional bumps in sales that happen around Mother’s Day and Graduation season being much less pronounced than in previous years. It is possible that people have switched to more generic gift card offerings, like those from third party delivery services, but we have little evidence to draw a full conclusion.

This is worth watching. However, given that the vast majority of gift card sales happen during the holiday season, we won’t have a good idea of whether there are major changes to the marketplace until the end of 2020. 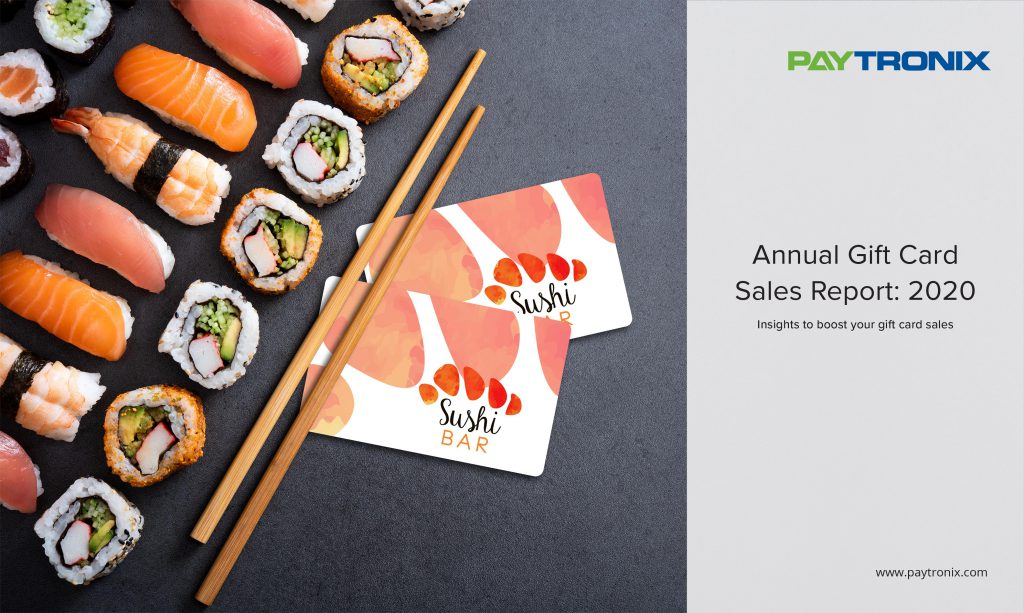 In a trend happening nationwide, we continue to see a recovery among our restaurant clients. Looking at the week-on-week data we can see that the run of positive weekly results has continued, with each day an average of ~5% to 10% higher than the week before. Mother’s Day, however, showed two interesting trends. First, it was a massive uptick from the previous Sunday, but check sizes were also higher than visits, indicating that people visited more expensive restaurants, or at least were ordering food for more people at once.

There is always a bump for Mother’s Day, but the difference this year from the previous trend shows tremendous pent-up demand from the market. Clearly people wanted to spoil mom.

Still, when we look at the fixed-period chart that compares sales to a pre-COVID baseline, we can see that visits and spend are still down, but up from the bottom. We’re a long way from a full recovery, but the trendlines are headed in the right direction.

END_OF_DOCUMENT_TOKEN_TO_BE_REPLACED

It’s no secret that restaurants nationwide are hurting as we combat the spread of COVID-19. Some have closed completely for the time being, while others have shifted all operations to takeout and delivery to keep business moving and guests fed; but even the most loyal guests can only eat so much takeout.

So how can restaurants drive revenue without dining rooms, alcohol sales, and stellar hospitality? The answer for many has been simple: promote gift cards.

When all is said and done, gift cards essentially boil down to interest-free loans from the consumer, making them the perfect way for altruistic  guests to support their favorite brands, all while making a commitment to come back for a visit when dining rooms reopen.

Our Associates are our foundation, and we recognize the impact #COVID19 is having on them. An Associate Relief Fund was set up to donate 100% of online gift card sales to our associates through 3/31. Together, we can help our restaurant community: https://t.co/4EUMspSb3n pic.twitter.com/eHE63ma116