Despite the setback, Paytronix data shows that the restaurant industry’s recovery has slowed, but not reversed. In late March and into early April, restaurant sales dropped to 30% of pre-COVID levels.  Starting in the middle of April we saw sales recover at a rate of 0.4% – 0.5% per day, reaching 70% of pre-COVID levels by the July 4th weekend.   END_OF_DOCUMENT_TOKEN_TO_BE_REPLACED

What Wong envisioned was an early version of the new Paytronix Contactless Dining platform: a digital menu that would enable guests to place orders from their outdoor table and sync those orders seamlessly with the POS system. Wong was already using Paytronix Online Ordering to keep the business running during the shutdown, so he simply adapted the system to the new drive-in setup. END_OF_DOCUMENT_TOKEN_TO_BE_REPLACED

END_OF_DOCUMENT_TOKEN_TO_BE_REPLACED 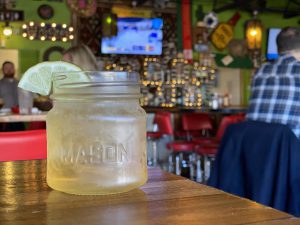 This is just one of the ways the restaurants have adapted to operate under the new normal that the novel coronavirus has ushered in. END_OF_DOCUMENT_TOKEN_TO_BE_REPLACED