Tiana is the marketing coordinator at Paytronix. She helps bring the Paytronix story to life through content, social, our website and trade shows. In her free time, you can find her binge liking Tom Brady's Instagram photos.
Jul
03

With burger joints eager to stay current and appeal to varying tastes, guests are seeing a full range of innovative menu items. Some of these offerings contain no meat at all, some feature new ingredients like CBD, and others are being called something other than burgers. As the summer grilling season heats up, let’s explore how three restaurant chains are improving their marketing strategy and reaching new customers by introducing a fresh take on a classic meal.

Burger King, one of the largest burger chains in America, recently announced that all of its locations will be offering the Impossible Whopper by the end of 2019. The name is inspired by the burger’s supplier, Impossible Foods, which is a leading provider of plant-based substitutes for meat. The burger looks and tastes just like the real thing, and stores carrying the Impossible Whopper have seen an increase in foot traffic. Meanwhile, independent and smaller restaurants are experiencing similar demand for plant-based alternatives, but Impossible Foods doesn’t have the supply to meet the needs of large chains and small chains alike. This situation has given rise to direct competitors like Beyond Meat, which is starting to gain much more recognition in the market after reaching agreements with Hooters and Tim Hortons.

END_OF_DOCUMENT_TOKEN_TO_BE_REPLACED

Technology continues to change the relationship between guests and their favorite brands. Today, one-click ordering, cashless payments, and subscriptions deliver frictionless purchase experiences. To meet rising expectations, restaurants and c-stores must provide guests with easy and hassle-free checkout, and a great way to accomplish this is with NFC Loyalty ID.

NFC, which stands for near-field communication, enables two devices to exchange data when they are brought into close proximity of each other. By simply tapping their phones at an NFC-enabled payment terminal, guests complete their purchase without having to dig through their purses or wallets to find a means of payment, and Paytronix passes along their identification for the brand’s guest engagement program. If they are not members already, the device will display a message inviting them to join the program.

END_OF_DOCUMENT_TOKEN_TO_BE_REPLACED 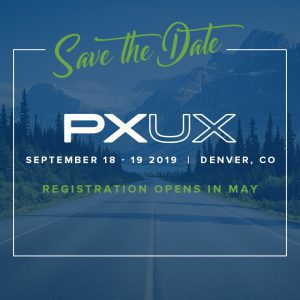 PXUX isn’t just any conference – it’s an experience. It’s a group of likeminded people who are focused on optimizing the guest journey, building a network, and delivering high impact in the restaurant and c-store industries.

Much like previous years, the fifth annual PXUX has been planned for people just like you. It’s a fun environment that encourages the sharing of information on your business, your goals, your challenges, and your brilliant ideas. Plus, you’ll learn about the newest and most innovative digital marketing tools to boost your sales in 2019.

But that’s not all. Here are 9 more reasons why you can’t miss out on this year’s PXUX. END_OF_DOCUMENT_TOKEN_TO_BE_REPLACED