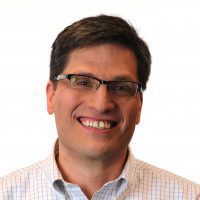 Andrew Robbins
A product visionary and Paytronix's team leader, Andrew motivates us to be innovative, maintain focus, and serve our customers beyond their wildest expectations. He has earned engineering degrees and a graduate business degree from some of the nation’s most prestigious universities – Princeton, MIT, and Harvard.
Jun
18

Recent events have brought systemic racism into clear focus.  As a step forward, we are following the lead of many great companies, like Nike, Twitter, Target, Ben & Jerry’s, and a growing list of others by adding a company holiday dedicated to Black equality, beginning with this Friday, June 19th (Juneteenth).

Here at Paytronix, we employ bright, curious, and empathetic people, many of whom are engaged directly in the fight against racism. Members of our team have been involved in the Black Lives Matter movement, including taking part in marches and protests. Our hope is that we can use this Juneteenth holiday time to read, reflect, and help as we look to change our society for the better.

We have shared books, documentaries, and podcasts, with one another over the course of the last two weeks and thought you might enjoy them as well. Here are links to a few items that may inspire all of us to be part of the solution.

Our primary move was to secure our financial future by obtaining an additional $10 million in funding, led by Great Hill Partners and our company’s cofounders. This funding represents the faith that we have in Paytronix. END_OF_DOCUMENT_TOKEN_TO_BE_REPLACED 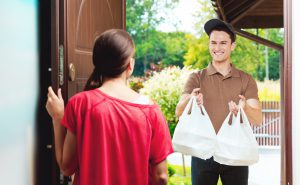 Last week saw some major movement in the third-party delivery world. First, the New York Times pointed out how much delivery truly costs the consumer, noting in a headline that delivery charges can often nearly double the cost of the order itself. Then DoorDash, the industry leader with at least a third of the delivery market, announced that it plans to IPO. DoorDash last raised money at a staggering $13 billion valuation, which is equivalent to the market cap of Domino’s Pizza, the seventh-largest restaurant chain.

The contrast between these two headlines strike at the debate about whether third-party marketplaces are a disruptive trend or simply a passing fad for niche opportunities. At Paytronix, we are always focused on what is best for our restaurant clients. We think this issue comes down to a basic question: How does third-party delivery impact brand value?

When our clients turn to third-party aggregators for delivery, it’s often because they are testing a service model outside of their four walls at a very low cost. Conversely, in-house fulfillment has fixed costs for recruiting and training, and during the early stages, it’s not obvious that enough orders will come in to cover it all.

Delivery’s Cost to the Consumer

An article in the New York Times suggests that what’s truly happening here is that the costs are shifting to the consumer, which is just making meals more expensive. “Up to 91% More Expensive: How Delivery Apps Eat Up Your Budget” found that orders placed with the top four delivery companies– Grubhub, DoorDash, Postmates, and Uber Eats – came with a markup of between 7% and 91%. On top of that, there were some truly crazy charges, such as a $3 “small order” fee from Uber Eats.

Some brands hike their menu prices for delivery orders, while others list higher prices within the app to compensate for increased delivery costs. Yet consumers may be willing to pay these incremental costs to enjoy the benefits of ordering and eating without ever having to leave their couch. END_OF_DOCUMENT_TOKEN_TO_BE_REPLACED

Ah, New Year’s Eve. The night that looms large with visions of popping champagne corks, revelry, and lots of friends. Of course, that vision isn’t for everyone. Some prefer a quiet dinner for two, others just want a beer with friends and still others choose a small gathering with family.

For restaurants, however, it means one thing: profits.

The average check on New Year’s Eve is much higher than on an average night, and people tend to think about things well in advance. This makes it possible for restaurants to both plan ahead and be more profitable. END_OF_DOCUMENT_TOKEN_TO_BE_REPLACED